They are everywhere nowadays. Is because of the times we live in? Do we need them to explain what’s going on in the world to us?

To stumble over references to old stories and fairy tales while reading Neil Gaiman feels as natural as the sun rising in the east. It surprises no one. The resent fascination for vampires, ware wolves and all kinds of shape shifters has resulted in quite a few tv-series.

I was however a little more surprised over the latest australian HBO series, Lambs of God based on the book by Marele Day, strong connection to the brothers Grimm. This dark, gothic mini-series about three nuns, living peacefully in an abandoned monestary until that fateful day when a priest arrives. The church thought the area abandoned and are now planning to sell it to a hotel concortium. Well, not if the Sisters of St Agnes can help it.

We follow the sisters fight for their choice, their way of life where cosy evenings knitting by the candle light while telling stories. Even the priest, now held captive, must learn to knit, and listen. There’s the story of Snow white, Little Red Riding Hood, Sleeping Beauty and many more. All captivatingly told with a special touch to them.

It’s no cute Disney versions that’s being told. Oh no. These stories would have made the Grimm brothers proud. They’re scary, bloody, raw and really, really good. I like this complex story told in just four episodes. I might have some issues with the ending, but I think that is unevitable. Which ever way the end would go, some of us would have protested, would have wanted it to end in a different way. 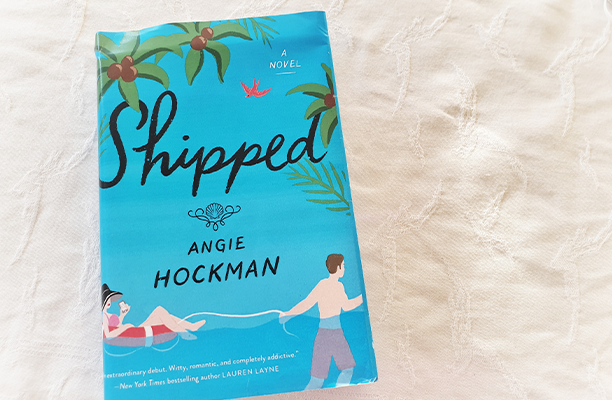 Love, travel, Galapagos – this is a lovely literary vacation